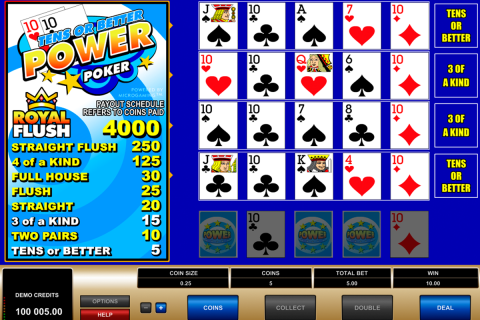 About Tens or Better

This particular video poker game has been created with maximum efficiency, and it is considered a gold standard among the different software that Microgaming company creates for the online casino industry. This particular version of online video poker is designed to have a user-friendly interface. As a result, even if a customer is new to free games casino, he or she will not have a problem picking up the rules and playing strategies.

Those who are adept with poker games will know that Tens or Better poker does not have any wildcards in them. It is similar to Jacks or Better which is another familiar game in such circles. As per the nomenclature of this video poker, payouts are realized when a pair of tens is received or better hands. The jackpot that is earned comprises of 4000 coins; this is a payout that is achieved when Royal Flush is drawn such as 10, J, K, Q and Ace of the same suit. 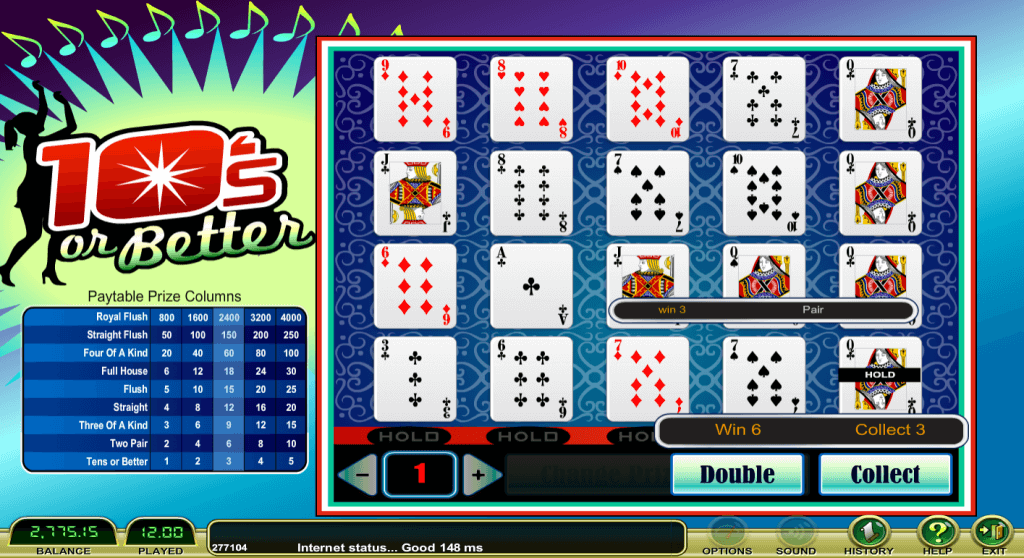 Unique features of Tens or Better

There are certain features of this game that are unique such as:

How is it played?

The game of Tens or Better is played with the standard deck comprising 52 cards which include no wild cards. The cards are shuffled such that they are handed out in a random manner. Those who opt to play the game can place their wagers by increasing and decreasing the amounts. The coin levels used can be decided by opting for Bet One option that allows users to place bets by unit times the minimum coin size while the Max Bet option allows a user to place the maximum amount of the wager as allowed for the game.

The option to deal comprises of a hand of five cards for the player. The option to Auto Hold can be activated as per which players can hold certain cards that are dealt. They can also choose to play manually in which case the player can click on the cards they want to hold back. By clicking there are new cards brought in, which finishes the hand and also helps to determine the winner.

When a certain round is won, players can double the payout that they win and exercise the Doubling option. This is a casino bonus feature in this poker game. The five cards that appear, one being a face-up card and the other four are that of the player. One card picked among these four and checked for value will reveal a doubling win if the value of the card is more than that of the dealer.

When you are playing “Tens or Better” you need to know the winning hand combinations: 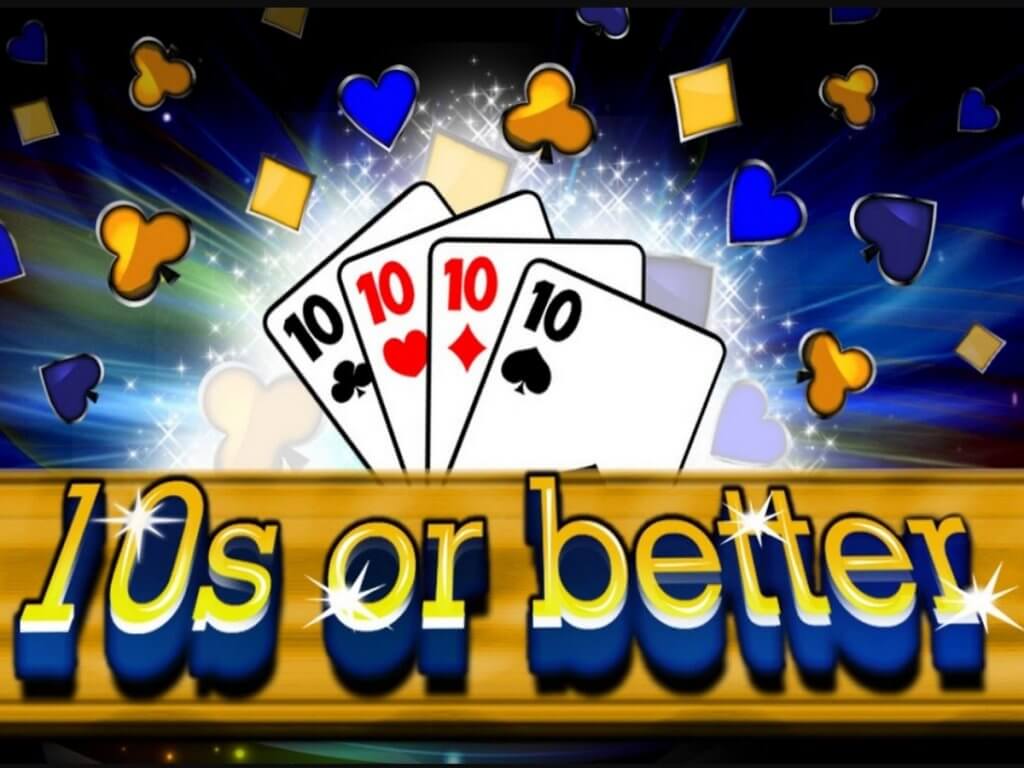 How to enjoy the game?

It is a poker game that does not need much know how or strategies to implement. You simply need to place your bet and begin the game. The five cards that are dealt among which four are of the player need to be chosen as per the ones that the player wishes to keep and others that he or she wishes to discard. Once that is done new cards are given out again, which leads to a win or loss.

This is an easy video poker variant to play. The payouts are however low, but the odds of winning are more. Those who are new to video poker and wish to start off with a safer game, this is a version that is worth trying out. Casino Online has an easy game interface that allows users to simply log on and start playing.

Go To for free
Joker Poker

Go To for free
Jacks or Better Power Poker

Go To for free
Jacks or Better

Go To for free
Poker Pursuit

Go To for free
Deuces Wild

Go To for free
Cyberstud Poker